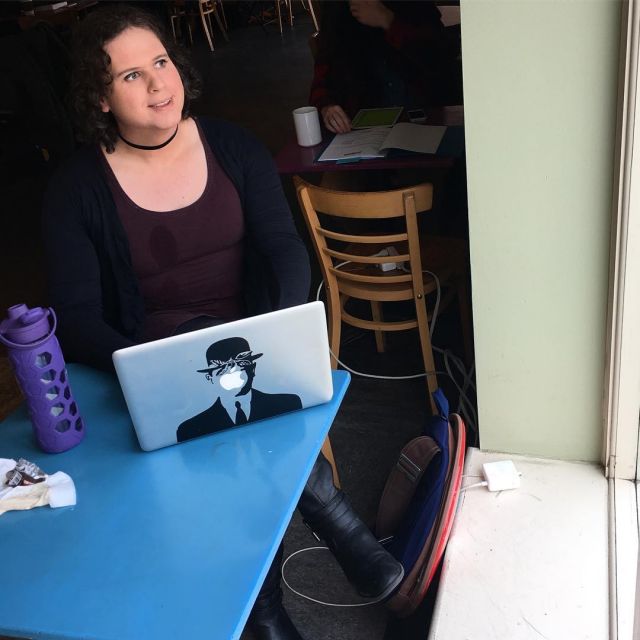 I’m working on a YA book right now, and YA books carry with them YA baggage. Writing a project about teenagers means that I am, in no small part, writing about myself as a teenager. It is…not easy. To write this story, I have to forgive my teenage self for everything they did and did not do. Which I was not expecting.

I didn’t realize how much of a grudge I held against my younger self for not having the courage at 16 I accumulated at 36. I know the battle that was before me every single day, and every single day I backed down from it. But I was a good kid. I was a good kid who wanted so much to be liked for who I was, because I didn’t like who I was. I wish I was braver, but who doesn’t, when looking back? Especially at our teen years.

All of this resentment is funny, because, all things considered, I was pretty brave. I went to pride marches and queer film festivals. I came out to a small select group of friends. And this was in ‘90s, which felt incredibly progressive at the time, but was also a period when FRIENDS, the most popular show on television, well, you can watch.

So, give Teen Jared so slack, Adult Jared. He’d be really proud of the woman you are now, the least you can do is not look down the boy you were then.

…trans nomenclature is so weird.

New project means new playlist. I’ve been surprised how many “performance” artists I’ve unconsciously selected: David Bowie, tUnE-yArDs, Kembra Pfahler’s indelible The Voluptuous Horror of Karen Black (I should add some  FKA Twigs to the mix). Something about the intensity of music that is not just meant to be played but performed fits with over-active teenage emotions. Where the practiced artifice is a catalyst, not a barrier, to what’s being expressed. The makeup artfully smudged and costumes purposefully torn. Performance as means to authenticity. What could be more teenagery?

‘Course, I was an art-kid–voted “most artistic” even, out-arting the rest of my senior class–so I would think that. Fortunately, I’m writing about arty kids, so while my experience may not be universal, it will be relevant. Plus, one of them is trans. They’re a little braver then I was. But they have much poorer impulse control, which is where all the fun in writing them is.