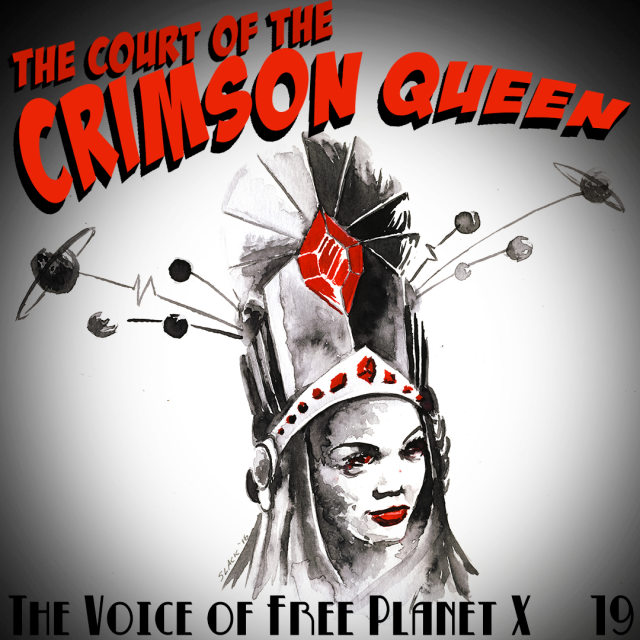 Love this episode so much.

The whole idea was really just to take advantage of Kenendy’s delightful Eartha Kitt impression, to have her place the ill-tempered cosmic monarch. I was originally planning to go full-tilt space opera, get my Flash Gordon on. I suppose it says something about both me and this weird show I’ve created that when the opportunity to Buck Rogers the whole business appears, I decide to focus on conversations that I explicitly put in my own living room.

That milk gag, though. Still makes me giggle

My actual brother, Joel, an accomplished improv performer, riffed with me for the bulk of this episode. It’s fantastic to do this sort of thing with him, and if he had the time, I’d do a podcast where we just ramble about things every week. He’s a lot of fun to talk to, and there was so much that was said that didn’t make it into the episode. Joel’s got a ton of talent, and I love what the fictional version of him brings out in the fictional version of me (…this podcast is difficult to explain sometimes). So expect to hear more of him in the future.

Speaking of talented folks, all of the space-law in the episode was improvised on the spot by Wesley Fenza, an actual lawyer as well as being a top-notch improvisor. Like the conversation I had with Joel, Wesley’s stuff was hard to edit. There was a whole bit with a third-eye that sadly is on the cutting-room…space…on my hard drive?

We need to update ourclichés.

Next week sees the release of the long-awaited VFPX/Supervillain Corner crossover, starring none other than Comrade Cockroach. I’ve had an idea for this episode for years, ever since Chris started his show, so it was nice to finally bring it to fruition. It was a complex piece, but I’m very pleased with the result. I think you folks will dig it.

Here’s a trailer to wet your whistle.

Short newsletter this time, as I am off to NC to be the Best Man in Joel’s wedding this weekend. You better believe I’m bringing the recorder just in case he has a spare moment. My sister, Kate, who played my long-suffering manager Opal Magestrix in Pledge Drives, will also be at the wedding, so hopefully we’ll get some sort of Axelrod-family scene. I don’t know about what.