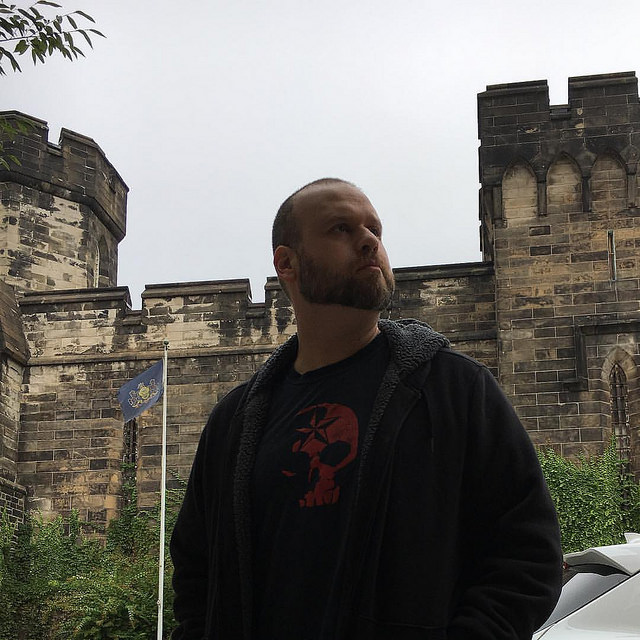 Been busy with my new gig outfitting the ghouls and monsters haunting Eastern State Penitentiary as part of Terror Behind The Walls’s costume team. Making sure the 200 or so actors all have the right pants took some doing, which lead to Even In Arcadia being later than I would have liked. But the show’s up properly, now, and A Good Guy With A Magic Sword came out on schedule, so all is right with the world.Sadly, podcasting does not yet pay the bills. You could help with that, if you’re so inclined.It’s fitting to talk about these two together. After the format-breaking shenanigans of The Wake Of The Lacuna, Parable Of The Leopard, Just Around Supervillian Corner, Court of the Crimson Queen and Rap Battle Beyond The Stars, it’s kind of nice to get back into the groove of fake interviews again.

Episode 25 (also Episode 200, if you’re counting the old way), breaks with the format yet again—if you’ve finished A Good Guy With A Magic Sword, you may have some guesses on how—because I’m never satisfied with boxes, even those I build myself. 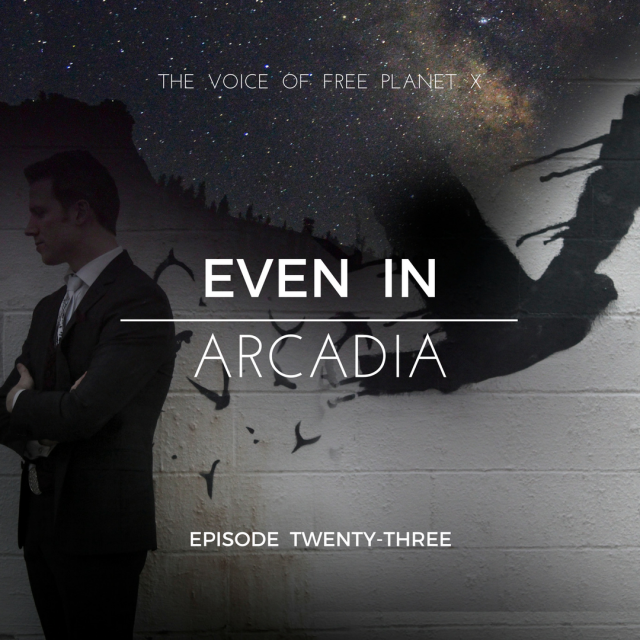 Even In Arcadia started life back in the old version of VFPX, where it was just prose that I read. Part of the plan for redoing it for the new version was to add the scenes I never got a chance to do back then. But once all the parts of the old version were written up as dialogue, it was clear that the bulk of the episode was already written.

Those other scenes may see the light of day sometime, in another version. “Alien refugees hide out as Edwardian servants” does seem to be an idea I can’t get enough of, ever since it occurred to me watching PBS’s Manor House.

In addition to that fine bit of programming, Tom Stoppard’s Arcadia is also an influence, if the title wasn’t clear enough indication. I first saw that play as teenager, and it’s never left me. I don’t think about it often, but when I do, I remember with a crystal clarity I wish I had for, you know, actual things that have happened to me. I always pull out Rosencratz & Guilderstern Are Dead as a favorite Stoppard piece—certainly several characters in VFPX tip their hat to the Player King—but I may be lying to myself.

With the exception of the wondrous Jennifer Sommerfield, all of the actors were recorded over Skype—a necessary evil when you realize that all of your cast needs to have UK accents. The only one accent is natural; everyone else is faking it, and doing a cracking good job of it, too. Proper accents meant going to trained theater types, which means the performances are all top-notch, even if I had to direct them over the phone.

Nick did his over a cell phone in the midst of theater festival, and it is still fantastic. That’s why I work with professionals.

It’s kind of a low-key episode. The humor is gentler, the stakes are purposely misleading, and when the ending is so at odds with the rest of the story the violence is amplified ten-fold. Which, again, was on purpose.

(Pretty much all of VFPX is on purpose, by the by. I’ve had people ask me about references in titles and characters misspeaking idioms and the like, and yes, all of it is on purpose. Even the things the actors bring to the show that I didn’t plan for is kept in the edit for specific reasons.)

Still, the ending aside, a low-key episode. Which I like. Despite my love of pulp velocity, I’m a bit of a ponderous writer by nature. Sometimes it’s nice to just hang out in a place, before it’s gone for good… 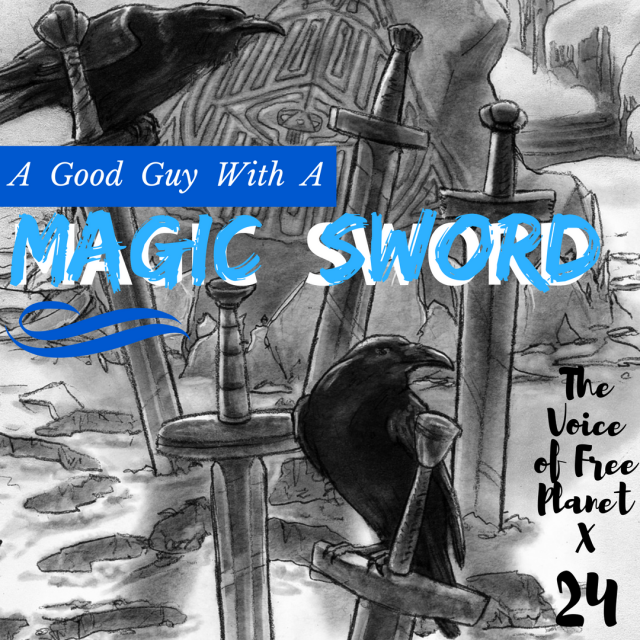 Speaking of hanging out in a place, how much fun is Cyriania? I’d just finished Lev Grossman’s The Magicians when I was pulling this episode together, and watching him grind his axes against Narnia, Oz, Hogwarts and Dungeons & Dragons certainly affected this episode. While it’s interesting to peer into Grossman’s “what if magic wasn’t any fun” worldview, even he couldn’t help enjoying himself when that bear waddled into frame. Talking animals are great, even when they’re used to nakedly explore gun control.

Like every queer person, I was deeply affected by the Pulse nightclub massacre. So much so, this episode kicked another idea out of the Episode 24 slot I had been thinking about longer (don’t worry; Players Of Games will show up in Season 3). I needed to talk about it, and this episode became the vessel for that, the result of my irritations with the facile arguments about assault weapons that bobbed up and down in the wake of the tragedy.

One thing I noticed when bringing this episode together: it’s really easy to be racist in a fantasy context. Half this episode is improv, and without any prompting from me, each and everyone of the actors said something disparaging about ogres, or trolls, or elves, as group. That sort of casual fantastical racism mirrored nicely the casual real-life racism that accompanies any discussion about gun control, so it was put in the scripted portions, too.

There will probably be a return to Cyriania to dig into the weird racist attitudes that prop up fantasy worlds. There’s a lot to dig into, there. Plus, we never talk to a Tanuki! After watching The Eccentric Family, I’ve got a lot of Tanuki ideas…

Ellen Kushner returned for this episode, because I can’t have a story about swords and not include the author of Swordspoint. I’m considering putting an unedited version of the improve we did, because over half of it was edited out, and it was all so good!

Next episode is the Halloween special and the last episode of Season 2 as well as being the 25th and 200th episode. It’s also shaping up to be one of my favorite episodes of the show. I can’t wait to share it with you.