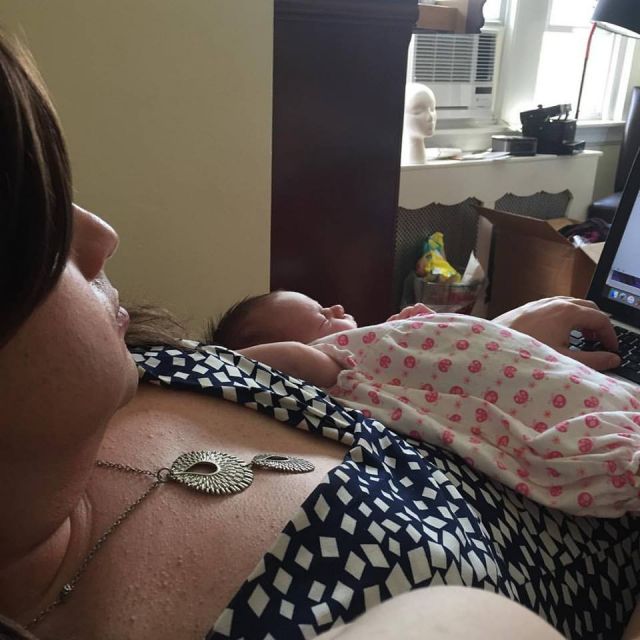 Wednesday has been helping me with novel revisions.

As a co-writer, she doesn’t offer much, but the company she provides far makes up for it.

Recent events–The Man In The High Castle TV show, Marvel’s Secret Empire crossover, current politics–have meant a lot of speculation of how the Nazi’s might have won WWII. I am hardly immune. As a lover of history, I’ve always been fascinated by the individual choices that lead to massive, world-wide changes. It’s amazing how the petty actions of a few can change the lives of the many.

For example, I’ve been studying the post-Civil War Reconstruction, and the ways pro-Confederacy ideals wormed their way into American society and government despite having lost the war is absolutely horrifying. We’re still dealing with it, over a hundred years later.

So, if I was going to pull a Nazis-Win scenario, that’s the one that makes the most sense. The ground war is won by the Allies, and everyone pats themselves on the back. But the Nazi ideas have already taken root, and America, rather than looking ashamedly away from the Japanese-American internment camps it put up during the war, decides to double-down on them. “This is why we won,” the rhetoric goes. “Our American purity must be protected.” So the camps are expanded, which turns out to be not a hard sell in an America that’s still has whites-only water-fountains…

There is, of course, an argument that the reality described above is not that “alternate” at all 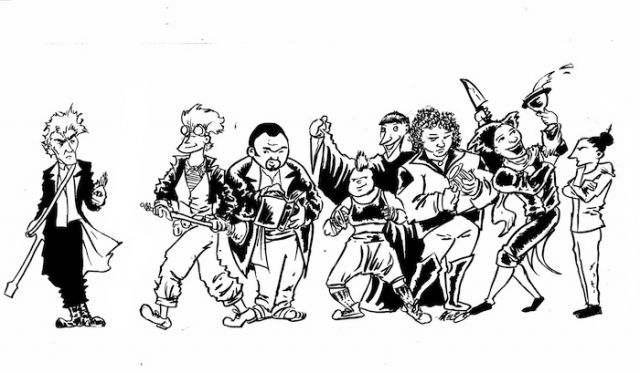 Speaking of alternate realities, I got to get my fanfic on over at Quirk Books, talking about Galifreyans other than the Doctor, and the cosplay habits of fictional characters. Both are divinely silly and well worth your time.

New stuff over at the Patreon: a flash fiction about lingering, post-apocolyptic emotions called “When The Cry Fades“ (read aloud as well, natch), and page 2 of the Secret Comic Project, where in I got to draw wolves and the inside of a diner.

Friday will see the 3rd page of the Secret Comic Project, and a weird little thing that I can only describe as “a Gothic Tale of the Library Returns Desk.”

If that’s your jam, consider being a supporter. 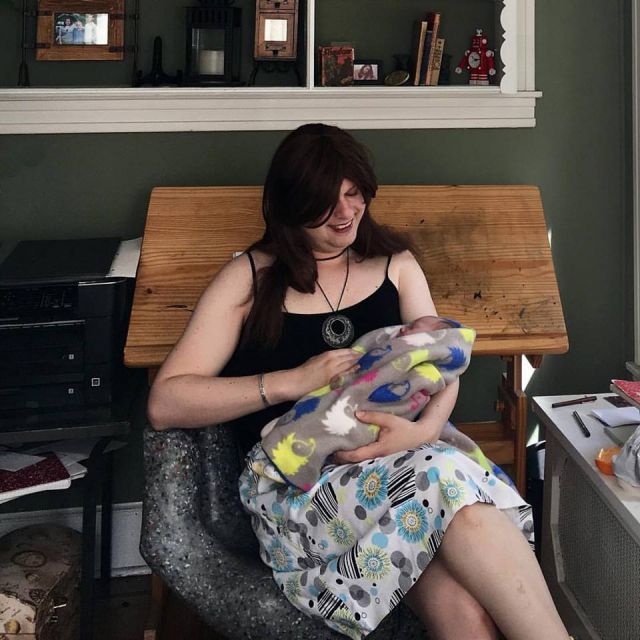 I’ve been a mother officially for a month now. Wednesday remains the chillest of all possible babies, a sign that she’s more of a fiendish plotter than a uncontrollable screamer. It is, after all, always the quiet ones.

What’s perhaps the most surprising about all of this is how natural it has all felt. As I was saying to JR, it’s not like there was a hole in our relationship that Wednesday has filled. Rather, it’s that she just snapped in right next to us, fitting into our irregular edges as well as we fit into each other.

It’s been really great to have her around. I foresee grand adventures with this, the third member of our party.