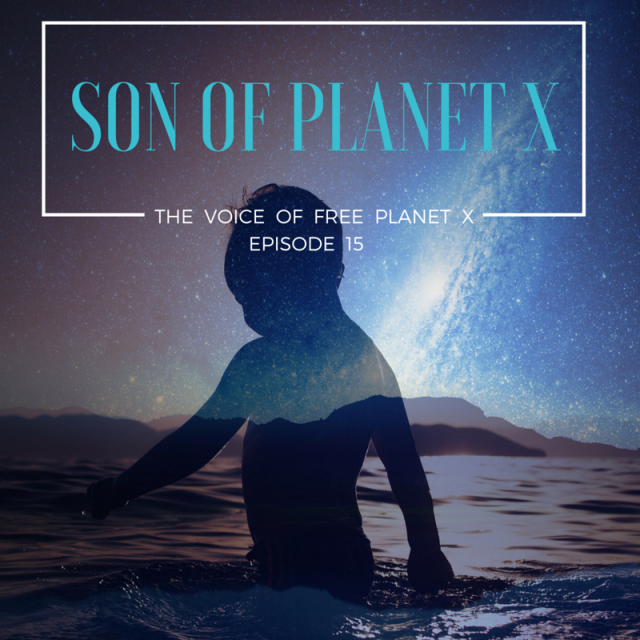 A post the day an episode comes out? I know, madness.

Son of Planet X was a difficult one. I reference the death of a fictional child, Hartley, in Mistaking Our Mirrors and My Wife In Hell, but this is the first time I was going to talk about into it. And it wasn’t easy.

While I have not lost a son to a ritualistic murder, I did have a son die not long after he was born. Corvin was born with a considerable amount of internal problems, and I knew he was not long for this world when I first took him into my arms. I did get to hold him, though, which is a blessing I will never forget. But I also felt his tiny, bird-like grow cold in my arms, which haunts me to this day.

Hartley is not Corvin, but in order to talk about chasing after my made-up son, I had to process my feelings about losing my real one. There’s a line in the episode that seems out of place on the surface, but utterly expresses how I felt after Corvin’s death. I’m talking about the possibilities of other alternate worlds, and meeting another me: “Maybe he could tell me what to do.”

There’s was a seemingly insurmountable feeling of powerlessness after Corvin’s came and went from my life. I wanted someone to tell me what to do, but I doubted anyone else could understand what I was going through well enough to give me good advice.

I’m glad I wrote this episode, but it was a hard thing to do. And I haven’t even begun to scratch the surface.

As hard as this episode was to write, it was incredibly easy to record. I’ve been wanting to have Sonia and Taleisha on the podcast since I decided to have voice actors. Strix, who reprises her role as the Deitator’s Domo from How’s It Gonna End, is fast becoming a VFPX MVP.

Expect to hear all of these women on the show again. They are too much fun to work with.

Also, how great is that chorus of people saying “I’m Jared Axelrod?” I put out a call on the social medias, and the response was overwhelming.

I have the best listening audience. I know every podcaster says that, but I really think its true in this case.

Saturday night I was at the Beaumont Wherehouse for the Sloppy Film Festival (just what it sounds like), and I was utterly taken by the space. It was like walking into the set of a Tom Waits video: geometric sculptures hung from the rafters, three pianos of questionable functionality hung out near the performance space, ramshackle bookshelves were stocked with odd tomes and animal masks. And lording over all of it, was this impressive proscenium: 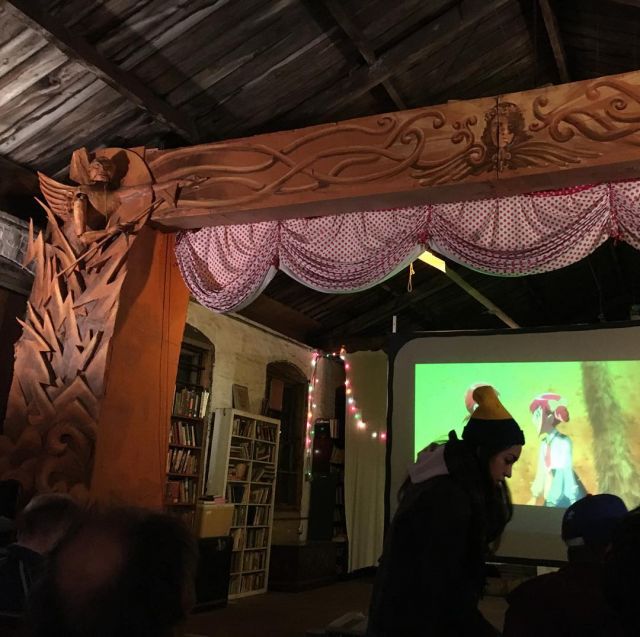 I’m not planning a live show of VFPX, but if I was, this is the only place I want to do it at.

Extra special news for those of you who are local to Philly and have nothing to do tonight. I will be a special guest at the first SUPER SECRET Geekadelphia ‘Geekeasy’ event at Tattooed Mom on South St. You probably haven’t seen anything about it, because it’s, y’know, secret.

I am told there will be drink specials, giveaways, and SPECIAL VIP SECRET SPEAKERS (one of whom is me) talking about podcasting on a mini panel that’ll kick off at 8PM. The event itself starts at 7PM. Fee free to tell your friends, but only tell them by whispering about it in dark corners, or perhaps under streetlamps on a foggy evening.

It should be a blast. I’m not sure what I’m going to talk about tonight. Podcasting, obviously. But beyond that? I don’t know.