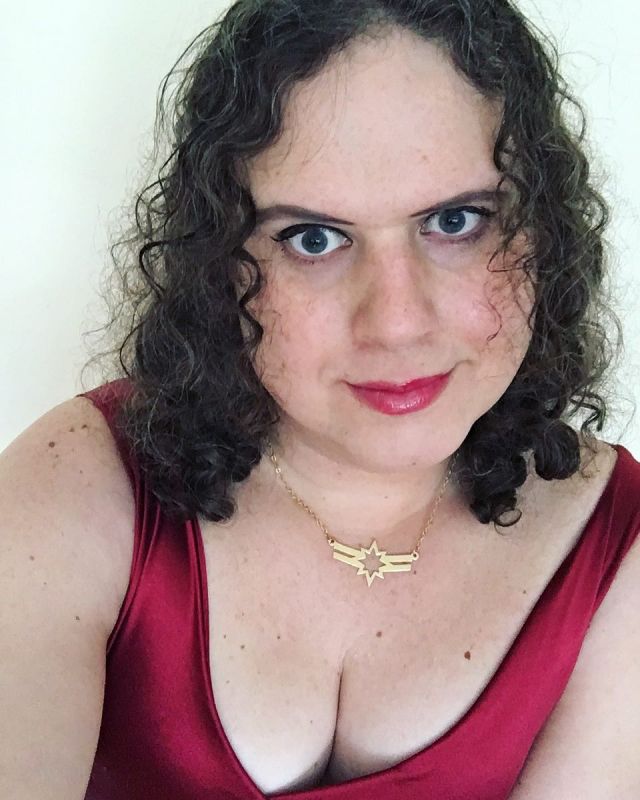 Happy New Year! I have new pajamas. One should always start the new year with new pajamas.

2019’s pajamas are purple, with little hedgehogs on them. The hedgehogs’ bodies are made up of flowers, implying either a conjoining of animal and vegetable that no god ever intended, or simply a group of critters unusually taken with self-decoration. Either way, I approve. There’s a story in both.

Forgive me, reader, it has been months since my last newsletter. There is, obviously, a lot to unpack that happened between now and the end of August. A non-exhaustive list: I made Halloween costumes for my family,  I met with the people who will eventually be publishing STARDUST (remember, not its actual title), things got bad for trans people, my mother passed away, I had my computer break–the repair of which was so costly, there was a moment right before Christmas where were seriously wondering if we could afford food. Oh, and I’ve been testing out a new name.

Honestly, I don’t want to talk about it (in the case of STARDUST, I can’t talk about it). Let’s leave the past in the past. It’s a new year, with new pajamas. Let’s move on.

But, I will say this: I don’t think I was recognized at my mother’s memorial.

As a trans person, this is, of course, the dream. One wants to go through life unencumbered by the baggage of a gender presentation that never quite fit. We had very nice family portraits made years ago when my father was still alive, and I said it was okay to put one of them up in the memorial. There is a odd measure of comfort that folks did not connect me the slump-postured bearded boy with a smiling mouth but painfully hurt eyes, even if that was no doubt the expression I was making for most of the evening. I wore red and black, like I did in the portrait, a bit of children’s TV-show costuming continuity. Connection through broad shapes and colors.

One person asked my relationship to the deceased. When I told them I was her daughter, they said “Oh! You must be Kate!”

Must I? Is too much to ask that my sister not be my mother’s only daughter? She held that title for almost 40 years. Surely she care share it. Surely.

If there ever was a time to for people to look at the woman I’ve become and see the boy I was, it was then, at that memorial. But that may have indeed been too much.

While my brother and sister, recognizable despite years of fluctuating weights and various hair experiments, were who everyone flocked to and offered condolences, I was left aimless. I floated around the room like a ghost hostess, thanking extended family members for coming. Why was I the butler at my mother’s memorial? Something to do, I suppose. A middle child to the end, I held my grieving in, and made sure everyone else was comfortable.

But even this has it’s limits. We had put a display of the quilts Mama had made in a corner, and I was sitting there as everyone was starting to pack up. When it came time to fold up the quilts, I dutifully handed the one next to me over. And then, holding this quilt that she meticulously sewed with her own two hands, I lost it. I started crying and couldn’t stop. Mama would never make another quilt. This was the last of them, the last of her. I could feel her echo when held that quilt, the remains of her touch.  I was not holding her, only the part of the world that wouldn’t exist without her. And now there would be no more of those.

My mother’s friend June, who once put up my drawings on her refrigerator, sat there with me, letting me pour it all out. How fitting that I get my cathartic memorial moment after everyone is gone. The chairs are being put away, the tablecloths are being folded, and I finally have no other responsibility but to weep into a crumpled quilt.

We didn’t hold this memorial at our home, as we did when my father died. Cancer ate him alive in tiny bites, like a swarm of ants, giving us plenty of time to plan. Mama mailed my daughter an envelope of stickers one morning and was gone that afternoon. Thanks to theater-friends in the area, I found a place that would let us hold the memorial for free. I found a caterer. I wrote her obituary. I did all of this. It may be crass to bring this up, but I’m doing it anyway. I bring this up because I want credit. Because I want acknowledgement. Because I want to be recognized as my mother’s daughter, mourning for her loss.

I signed enough documents identifying me as her son in the days before to have this distinction. I think I earned it. 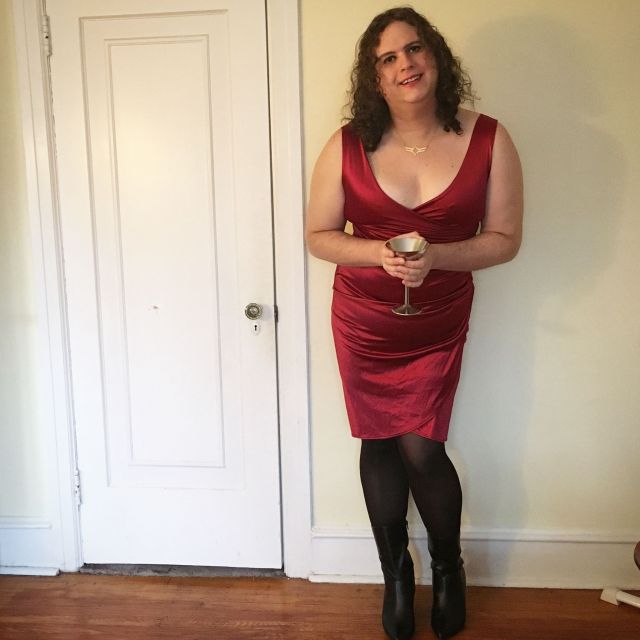 My New Year Resolutions are nothing special, this year. I want to meet all my deadlines. I want to take all my medications when I’m supposed to. I want to get out of bed when the alarm goes off. I want to be the person I plan myself to be, the woman with hedgehogs on her pajamas who answers to Jadzia.

Let’s see if I can make it.