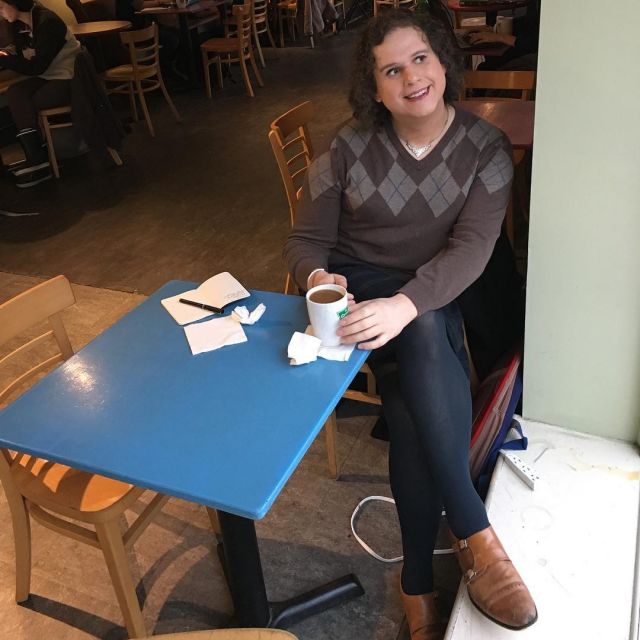 So there’s this thing. Let’s call it STARDUST (not its real title).STARDUST is a project I’ve been working on, of and on, since November. It’s queer in every sense of the word, and I love it very much. It is also that YA story I was referring to not so long ago. And it’s looking like something that Is Going To Happen. As in, it is shaping up to be something that in the not too distant future you will be able to hold in your hot little hands and enjoy and tell your friends that that Axelrod chick who’s newsletter you follow can really put one word after another, can’t she?

It also not quite official yet, which is why I’m calling it STARDUST and why I have to catch myself because these kind of things fall apart all the time.

One thing I can share about this experience in a remarkably vague way is that I did not hold back at any moment, and that didn’t matter. I mean it when I say this pitch was queer in every sense of that word and the editor involved did not bat an eye. There’s a sarcastic robotic dog and genuine emotions about being trans and neither one was thought to be too out there or inappropriate.

Which might mean that my weirdness is not as weird as I think, and that may be true. But the flip side of that means that YOUR weirdness is not as weird as you think, either. I hear so many people say “They’d never let me do this,” and beyond the fact that we live in a world where publishing is no longer a profession but a button and gatekeepers are dying breed, the projects that need the stumbling goliaths that are media companies still might be accepted and supported. I certainly was not expecting my queer in every sense of the word ideas to get a pass from a major publishing company, much less to told it was one of the best pitches the editor had every seen since she started at said major publishing company.

‘Course, part of that is that I know how to craft a goddamn yarn, and I can follow directions, so when I was told “we are looking for a story like this,” you best believe that’s what I gave them.

Just, you know, queer. In every sense of that word.