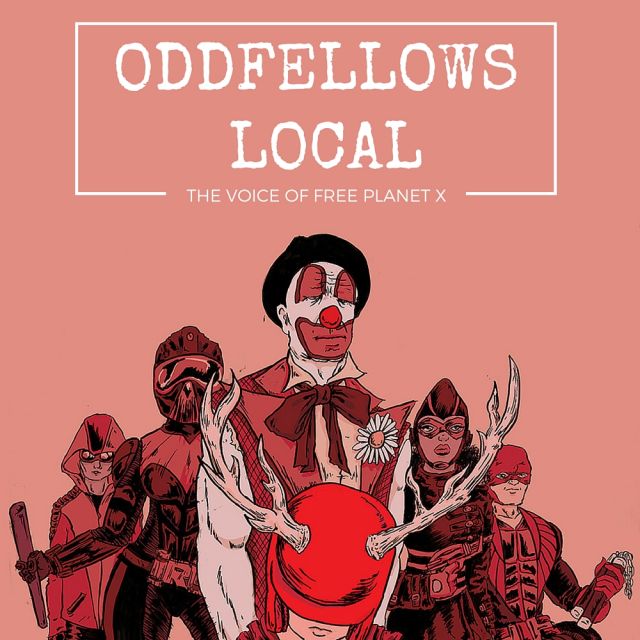 Superheroes. You can’t escape ’em. I’m a fan of the genre, and even I have trouble keeping up with the TV shows, movies, not to mention the comics from which these caped crusaders spring from. I’ve actually stopped reading superhero comics on the regular. Every now and then I’ll grab a trade paperback of something unusual like Wilson & Alphona’s MS. MARVEL or Fraction & Aja’s HAWKEYE, but I’m far from the waiting-for-Wednesday fanboy I used to be. When I look at the superhero content currently being published, it’s quite clear that a great deal of it is not for me. I have long-standing love-affair with the character of Batman, but I haven’t purchased a current Batman comic in years. The superheroes being published are not my kind of heroes.

What are my kind of heroes? Well, I’m glad you asked.

Despite my affection for Batman, the superhero I’ve always identified with was Cliff Steele, the Robotman, particularly his portrayal in Grant Morrison & Richard Case’s run on DOOM PATROL. Cliff Steele was a human brain placed inside an android, a man uncomfortable with the size and power of body that doesn’t feel like his own. I’m a large man, and I was a large kid growing up, so I felt an instant kinship to this character. Reading those comics again as an adult, it’s clear that Cliff Steele is written as depressed person; I suppose it would be no surprise I would feel a kinship to this character long before I realized how much I suffer from depression as well.

Characters like Cliff Steele and the rest of the DOOM PATROL–which included a woman whose multiple personalities each have a different superpower, and person wrapped in bandages who was literal merging of a man and woman–are my kind of superheroes. Weirdos with personal baggage who nonetheless set about doing the right thing. Because that’s what heroes do.

The superheroes in Oddfellows Local are not as bizarre as those in DOOM PATROL, but I imagine they’d have a lot to talk about if they ever met.

This episode was an absolute dream to work on. I wrote Kicks the Kung Fu Clown with Dave Robison’s voice in mind. If you’ve ever listened to Dave The Roundtable Podcast, you know how his introductions flow pour out like thick hot chocolate. The man’s vocal chords are a national treasure. And if you haven’t listened to The Roundtable Podcast, you should. They had me on once upon a time, if you’re looking for a place to start.

When Dave asked for character influences, I sent him links to videos of the two men that inspired Kicks. The first was Tom Waits, expounding on, well, everything. The second was Puddles Pity Party, the Sad Clown with the Golden Voice, singing Lorde’s “Royals” with Postmodern Jukebox. Dave got the Tom Waits element, but when it came to Puddles, he was utterly baffled.

“What am I supposed to do with THAT?!” he asked, incredulous.

Kennedy Allen, who you may remember killing it as Lupe the Werewolf in “Wolf Like Me” came back for this episode to bring her idiosyncratic presence to the character of Rumblr. Kennedy is a voice actor I can’t work with enough, frankly. She always brings something I never expect to the characters she plays, and it’s always wonderful.

I’ve also been on The Black Tribbles‘ show, talking about STAR WARS. So if you aren’t listening to The Black Tribbles, go ahead and start there. Rasheeda Phillips, who in addition to creating The Afrofuturist Affair, played a stranded time traveler on “Paused,” says some great stuff in that episode.

I may be too hard on Batman. After listening to Eric Molinsky’s fascinating interview with reigning Bat-scribe Scott Snyder for Imaginary Worlds, I’m thinking may have to give those books another look.

As of this writing, I haven’t been on an episode of Imaginary Worlds. I know! I can’t believe it either. 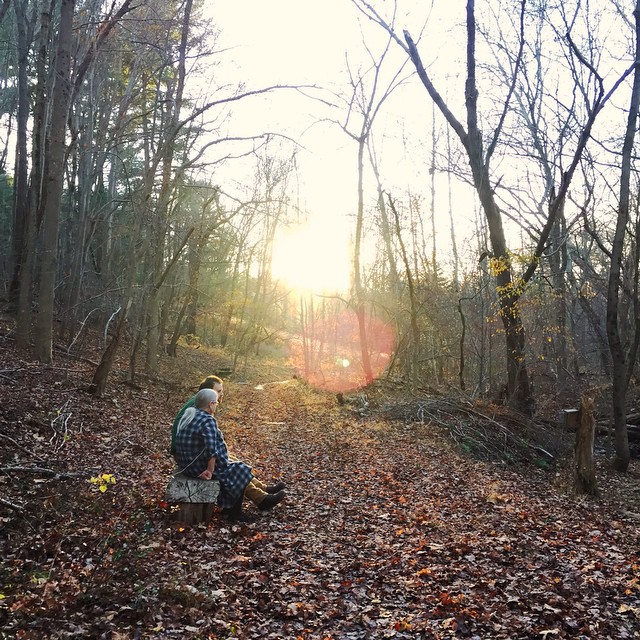 I was fortunate enough to have my mother visit for Thanksgiving AND to have made my personal best turkey and gravy (you always want to roll out your personal best when your mom is tasting). The soft pretzel stuffing was a hit, as it has been for years now and should forever be.

As a southern gentleman, I have…opinions about the so-called “cuisine” offered by the Northern region of these United States. The concept of soft-pretzel stuffing, however, is a glory I cannot and will not deny. It was first introduced to me at a “Friendsgiving” party, and while the original creator was tight-fisted with the recipe (he has since relented, giving me a list of instructions far too long to replicated, even if they do finally find a use for gibblets), I have made my own.

The nature of the soft pretzel, being salty and buttery before you even begin, allows a recipe that is sheer elegance in its simplicity. You can dress up a soft pretzel if you like, I suppose, but why would you?

I recommend using the soft pretzels found at Miller’s Twist in Reading Terminal, but any soft-pretzel will do.

1)    Preheat the oven to 350°. I usually make this along side a roast turkey, using Alton Brown’s recipe, so the oven has already been at 350° for quite some time before I shove the stuffing in.

2)    Chop the soft pretzels into 1-inch pieces, place in a large bowl. Poor one quart of the broth into bowl, and allow the pretzel pieces to soak the broth up

3)    Melt the butter in a dutch oven over medium heat. Add the onions, carrots celery and a pinch of salt, and sweat until the onions are translucent

5)    Add the pretzel pieces, including the broth at the bottom of the bowl. Add Sandwich Sprinkle. Stir well.

6)    Add more broth, so that the liquid comes halfway up the sides of the dutch oven (usually only 2 cups, but it depends on how dry or absorbent you pretzels are)

Not a fancy recipe, I will admit. But a crowd-pleaser just the same.

I have so much to be thankful for this year, not the least of which is you lot, and everyone else who has enjoyed The Voice of Free Planet X but not subscribed to this (crazy, I know!). The response to the show has been phenomenal. December last year was a dark time for me; I wasn’t sure where I was going, only that I was in an increasingly tenuous holding pattern. VoFPX was an attempt to find direction again, and the way you folks have embraced it proves to me I’m on the right track. Thank you for that. I don’t know how I could possibly repay you.