It was, of course, a delightful experience to be interviewed about the cool things Lilah Sturges is doing with #transpizza. She’s a treasure, and “Trans Pizza Winner” is a title I wear with pride. Go on and watch.

I was recently reading about a larp that was specifically about motherhood, and it was…fine? It didn’t describe my experience with motherhood, but I’m sure it described someone’s. Larping is a strange beast, with very particular limitations. The representation of a child in a game about motherhood is a particularly difficult one—to have another player be the child doesn’t feel right. This larp decided to do away with a child representation altogether, and focus on times when the child isn’t around. Which is fine, but also not my experience. I’m writing this now while my mother-in-law takes my daughter to music class, but she’s still here, really. My daughter is still present, even when she’s gone. And to gloss over that seems…false? At the very least, not my experience.

With that in mind, and my tongue more than half in my cheek, I jotted down some thoughts on a larp about motherhood, that I will probably never write:

– Everyone gets a die. All the dice are different: 20-sided, 4-sided, etc. Roll the die to see how many steps you can take each turn.

– You cannot put down the weight. You cannot drink the water until the end of the session. If you spill the water, you have to clean it up.

– Players choose a nursery rhyme from a list provided.

– Each player must choose from the other players:

* Someone they want to say something important to.
* Someone they’d like to know better
* Someone they’re trying to avoid
– The game starts with all the players against the wall in a room, spaced far apart

– When the time goes off, you must move the number of steps you rolled earlier along the wall in a clockwise direction.

– When you run out of steps, you must recite your nursery rhyme 5 times.

– You can only talk to someone if they are next you, you are not reciting your nursery rhyme, or you are not cleaning a spill you made.

– You cannot talk about your weight.
‪
– Play continues at 3-minute increments for 1 hour
‪
– At the end of the hour, the players put down their weight, drink the water they have left, and sit down for one last 3-minute interval in silence

‪- Then the players pick up their weight, say their nursery rhyme one last time, and leave


If anyone plays this, let me know. I have absolutely no desire to do so myself. 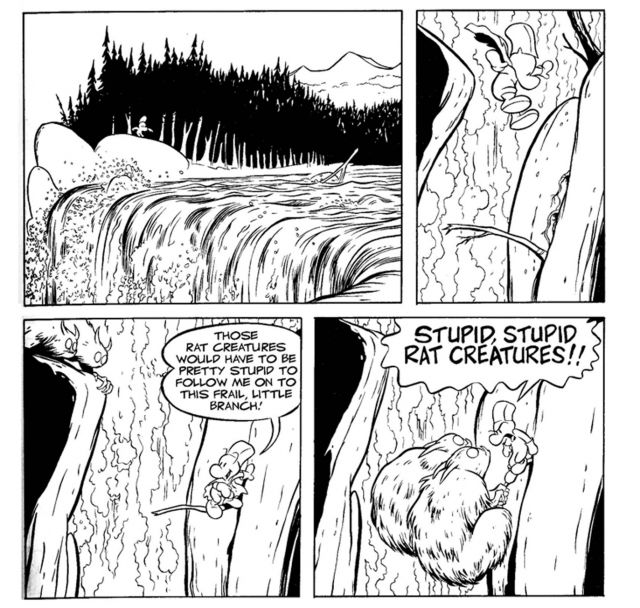 I finally finished Jeff Smith’s BONE, which is faintly ridiculous considering how much that series meant to me as a teenager and how many years I’ve owned the omnibus. It’s very good, as I am sure you have heard elsewhere. I should have finished it sooner.

One thing that struck me is just how small the story is. Which is an odd thing to say about a book whose chief plot is averting the end of the world, but it’s true. Everything, from the Bones getting kicked out Boneville to the saving of the world climax is stripped down to its component parts, making it really a story about the pain caused by the lies two small families tell each other. The end of the world, the fantasy tropes, all of that is set dressing for the wounded emotions of a handful of characters. Which is why its great.

An important lesson that I’m certainly taking to heart, as I am currently plotting out a new fantasy set dressing for wounded emotions…

They say you were something in those formative years. 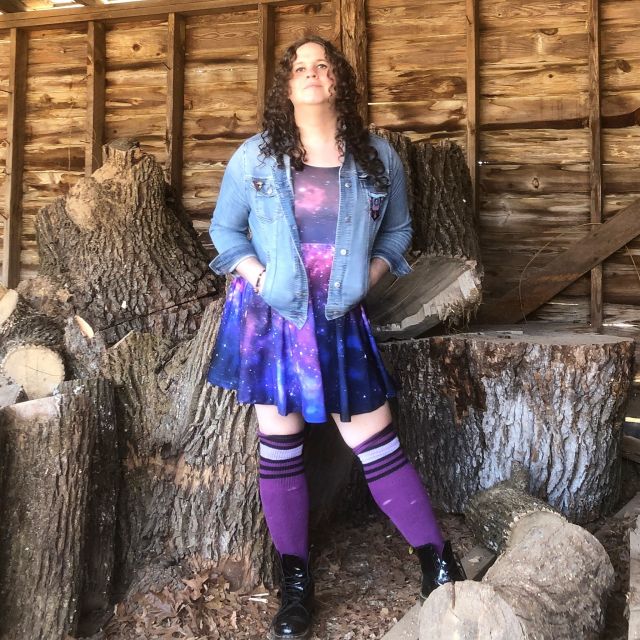 I spent the last days of 2019 back in North Carolina. I refer to the rural town where my sister still lives as “where I grew up,” though we didn’t move there until I was 12. Those teen years count for a lot, though, and it remains a pivotal location of my young life in a way our house up the curvy Appalachian mountain road does not.This was the first place I could truly explore on my own. The town itself, now a bustling refugee for folks who have chosen not to live in the larger cities nearby, wasn’t much to speak of when I lived there. But the dense nature that surrounded it was worth wandering. I have fond memories of hiking back down by the river, nakedly trespassing on other folk’s property in search of something to kill the afternoon. You can still do that, but now its a public trail, and it leads to the organic grocery store.At some point in my midteens, my impish spirit of adventure curdled, and walks to the woods began to have different purposes altogether. I remember dangling off the cliff face, my right hand gripping a root, the only thing that was keeping my body from crashing down onto the rocks below. I remember trying to find the strength to let go. Or, failing in that, the strength to climb back up.

I climbed up, obviously. Up and out of that town and began the process of unearthing the parts of me that a denial bred of survival buried. I left. Though I still visit for holidays.

My sister still lives in the house I was a teenager in. Our first night there, I found myself walking around the yard and thought “I was a girl here,” which felt right in way that almost embarrasses me to think about. I was a girl there. I also was not. That dissonance is a hard thing to parse, but I the very least I can be a girl there now. And that feels the most right of all, a calm center amidst the storm of discomfort that I associate with the place. It felt weird to feel comfortable there, but we’ve both changed, and no longer look as we once did.  And I have finally resigned myself to being a visitor, no longer trying to make a place that didn’t want me a home.

But with that comfort came something else, an unshakable desire to be seen, to be acknowledged. I wanted the town itself to acknowledge who I am now, somehow. Some representative to see me now, and claim me as more than just a visitor. The double edged sword of trans-existence; the desire to be recognized and unrecognizable at the same time.

I met up with some old friends, who were as overjoyed to see me as I was them. But it wasn’t quite what I was looking for. After all, most of them were visitors themselves, having made lives in other towns, other states, other countries, only to be drawn back into orbit by the holiday’s pull. Seeing them was wonderful, but not what I was strangely aching for.

I did finally get what I was looking for, but not in anyway I expected.

A trans pre-teen clocked me as I came out of a toy store on the last day of our trip. She came over, nervously hovering. She very much wanted to ask me something that she didn’t have the words for, I could see that. But we did speak to each other for a few minutes about the pig puppet I had purchased for my daughter on impulse. She helped me name it–“Pebbles”–and then quickly ran away.

There’s a lot of talk about how visibility isn’t enough, and that’s absolutely true. But I also think that it’s very easy to forget how important visibility is. I don’t know what it would have meant to see someone like myself as I am now, with a wife and child and a general aura of accomplishment, when I was this girl’s age. She’s already got an edge on me, thanks to 25 years of social progress and increasingly easy access to information. I couldn’t have started transitioning when she did, no matter how much I wanted to. But even with her headstart, it was clear that seeing me, a stranger who was nonetheless connected by ways neither of us expected or intended, meant something to her.

I didn’t have a chance to say this before you ran away, but it was very nice to meet you, Lily. Thank you for seeing me.

Looking back on 2019, it appears I spent the lion’s share of it raising my delightful child, writing my dream project–more on that in a moment–and getting more involved with my local queer community. This is a fantastic way spend a year, if I do say so myself. Try it if you can. A pretty good year. After the rollercoaster that was 2018, I take a year spent achieving modest goals and leave it at that.

I wrote a great many words that will not see the light of day until months or even years from now, but I have a handful of things you can read immediately, if you are so inclined:

And there were two installments of Frankenstien’s Support Group, Chapters 18 and 19, both of which are extremely good in that monsters-and-feelings vein you know I like so much. There’ll be more of those in 2020, mark my words. 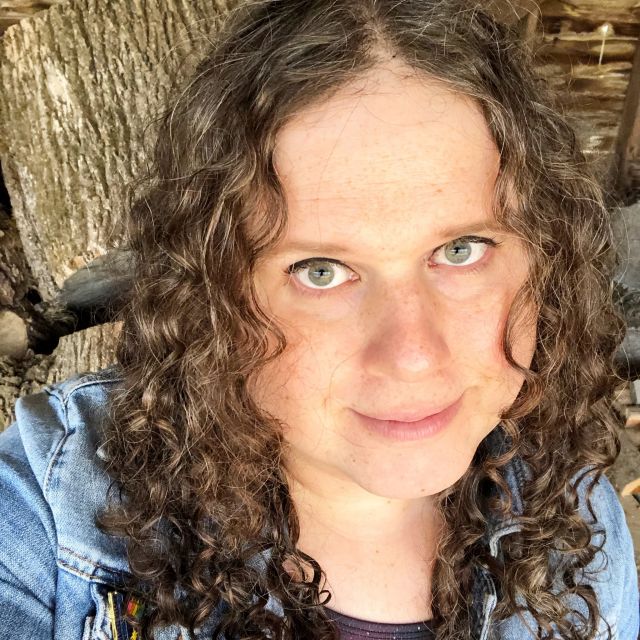 Speaking of that dream project, Publisher’s Weekly had nice article about what’s coming ahead for DC Comics, and they mention Galaxy: The Prettiest Star. If y’all wanted to know what it was about, well, here ya’ go:
The second YA title, Galaxy: The Prettiest Star, is written by Jadzia Axelrod and illustrated by Jess Taylor. It is about a princess-in-exile whose home planet is under attack as she is kept safe as a teenaged boy on Earth, with a normal life and a female love interest. Her life goes into turmoil when her true identity is revealed.
More than that, well, you’ll have to wait for the book, won’t you? Summer 2021 is the current release plan, and trust me, it’ll be worth the wait.Good luck with the dragon.